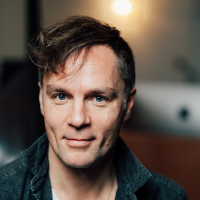 Stefan is a Vienna-based musician, producer and artist. Aside his creative activities, he presides a network of artists called Society 77, which performs at events such as the Peace Tram or Session77.

He is also the designer of the superfast train network map called Metropa, where the big cities of Europe like London, Frankfurt or Budapest are depicted as metro stations in order to give people a palpable imagery of what Europe could be in the future. After a year of continuous publications and mentioning on social media platforms, Metropa now enters a new stage of public presence by keynotes and lectures in conferences, schools and panels.